Wreck Excavating is a very good legal way of making money and is often compared to Oil running in terms of profit and risk. 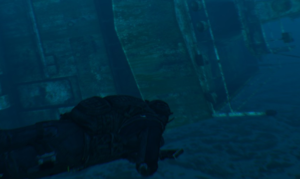 To begin your career as a wreck excavator you will need

There are many locations scattered throughout Altis. They can be found by hitting "M" to open your map and looking for the icons shown below. The most popular locations are ones near the shoreline as they do not require you to have a boat. Excavators choosing those locations often will park a vehicle on the beach increasing their overall payout. Popular spots include Kavala and Sofia. 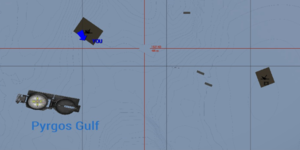 Take your boat/vehicle to the desired location and swim down deep enough to the wreck. Open your phone by pressing "Y", click "Inventory" and then click on the wreck excavator followed by clicking "Use". Unlike other professions such as mining, Excavating does not have a scroll wheel option. After you have hit "Use" on the wreck excavator you are able to close your phone with the escape key. Be aware however, if you begin to move it will break the excavation process. Additionally you will be unable to open your phone again until the excavating process has ended or you have moved.

Profit per run and hourly profit heavily rely on your diving methods and choice of location, so instead I'm going to give you what each item can be sold for and where to sell it at.

There is a seasonal and restart quests for excavating which can increase profit and speed of which you excavate. The requirements for these quests are found on the Quests page of the Wiki.